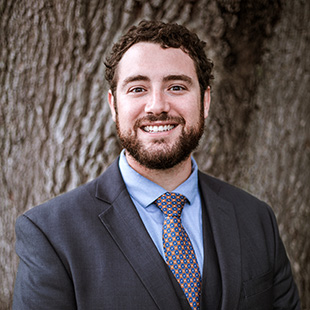 Nick was born and raised in south Alabama where he grew up in a Christian home. At age 16, the Lord used His Word to open Nick's eyes to his sin and rebellion to God that was cloaked in religious morality. He repented and believed the truth that he had always professed, but had formerly denied by his self-righteous life. Nick began to grow in the Lord and went to serve at a youth camp in North Carolina where he later met his wife, Lucy. They were married in August 2012, and shortly after moved to Florida to serve in youth ministry in Stuart, Florida. While serving the church in Stuart, the Lord showed Nick his need for training to rightly divide the Word of God. Nick spent the next 5 years training for ministry at The Expositors Seminary in Jupiter, Florida, while serving the church. Nick graduated from TES in May of 2018 and joined the pastoral staff of Saving Grace in October 2018. Nick is thankful to serve SGBC as the Pastor of Music and Student Ministries. Nick and Lucy have 5 children: Ava (2013), Josiah (2015), Owen (2017), Zoe (2019), and Winsome (2022).