Coronavirus/COVID-19 Information from the SGBC Elder Team:  Click here for the latest update. 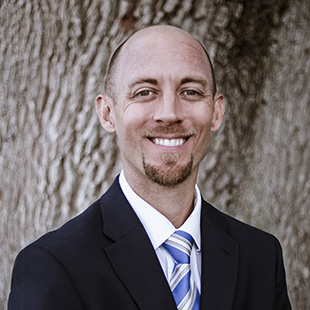 Eric grew up in Illinois and attended Eastern Illinois University where he graduated with a Bachelor’s Degree in 2003.  Although Eric was raised in the church, he was not saved until 2004, shortly after moving to Florida.  The Lord began cultivating in him a desire for biblical exposition which led him to begin attending Grace Immanuel Bible Church in Jupiter, Florida in 2007. Just two years later, he enrolled in The Expositors Seminary and graduated with a Master of Divinity in May 2015. As he attended seminary he was able to continue to cultivate his gifts by taking on regular teaching roles and discipling young men in the church. In May of 2016, Eric joined the staff at Saving Grace Bible Church as the Pastor of Family Ministries.  Eric and his wife Lisa have been married since 2009 and have been blessed with four undeserved gifts:  Priscilla, Avery,Walker, and Brooks.